Jan 29, 2009; The word apocalypse means revealing. The masks are coming off now for all people to see what is truly going on. The “corporate” colonial states, with their bloodline bankers running the perpetual debt scam on our unborn children. The routine genocide being induced, the truth behind all the wars that we have lived through. We are living in the apocalypse now.

Now we have the first black president in the white house. It reminds me of the movie “Deep Impact” there was a black president (the first one) and he had to keep the truth from the public about an incoming E.L.E. In that movie they never warned the public until hours before their ultimate demise. They had been building underground facilities to house selected survivors for a few years before the extinction level event.

In the alternative media there has been reports about all of these underground facilities being built all over the world right now. In 2006 NASA erected the south pole telescope because it is the only place on earth that can view anything below the ecliptic plane. I have been monitoring the internet for anything from this station and have only saw a few pictures of the very real E.L.E. approaching our planet now, thanks to a couple of “real” people at S.P.T.

The Bankers Cabal has been busy preparing the people for their New World Order. This Cabal control the western democracies and own NASA, the U.S. government only has shares in the private corporation. They have stated for centuries their ideas about eugenics and their desire to kill 90% of us. All of the governments know of this ELE and the predicted pole shift. D.O.D. estimates that as many as 2/3 of the people will perish in the pole shift. Cabal controlled media will not let you know anything, until it we see it coming. When the approaching “planet x” comes above the ecliptic plane, the lid will be off the can. The people will know they have been lied to and kept ignorant, by design.The elite are hoping to implement their total control over the world after the waters recede. The people have opened their eyes and minds and will not tow the line of the elite any longer.

Dekanawida called these elite “serpents” , he said that when the 2nd sun appears in the sky, it will signal the end of the serpents reign over the people. It was Dekanawida who taught about acknowledgement, respect and brotherly love. He gave us the very first united nations, “constitution” and was the first to bring in an era of peace, which lasted 3000 years. He told of his return on this cycle and of the next era of peace.

It is the time again to end the killing and stop wars for all time. To bury our weapons under a symbolic tree of peace and follow the formula laid down by Dekanawida (the Peacemaker). The top down hierarchies will all go the way of the DoDo bird and a return to egalitarianism will follow on planet earth. We, the people will have the final say “Skennen” 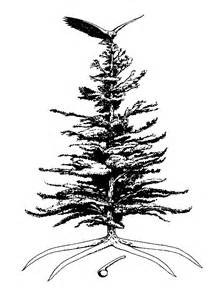