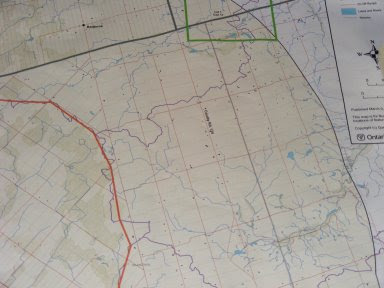 Nov. 10, 2007. The following video was shot at my appearance before the Ontario Municipal Board this past July. I went there to try and work within the system set up by the corpogov of Ontario. Under the decision/order no. 2230 dated August 9, Mr. Jackson states that “Thahoketoteh has come to the wrong forum to advance a land claim. The Board has authority under the Ontario Municipal Board Act to decide questions of law when they are related to planning matters.”

As you will see in the video I never mentioned land claims at all but I did mention the Haldimand contract and Canadian Hydro Developers(CHD) breach of it. The Ontario government and Canadian government have shown us they never had any intention of ever following any law that concerns indigenous people.

I asked the prime minister to show me in the constitution where is the provision for UNTS 1021 and I quote, “The Contracting Parties undertake to enact, in accordance with their respective Constitutions, the necessary legislation to give effect to the provisions of the present Convention and, in particular, to provide effective penalties for persons guilty of genocide or any of the other acts enumerated in Article 3.” I never even got a reply on that email.

Instead I was informed that to fight this order, that is contrary to international and constitutional law, I could only seek refuge in the Canadian legal system and that would cost roughly $80,000.00 In the meantime CHD rushed to put up another 69 windmills ignoring their responsibility to us the true landowners. Backed by Ontario and Canada’s inaction.

I’ll let everyone judge the legality of this action for themselves. Watch the video
to the right on this page.

When will the rest of the people learn that they are next to have their rights trampled by the corporatocracy.