April 8, 2010. How did the British come to Canada? In June of 1701 we concluded a peace ceremony with France and her indigenous allies, that ended a 92 year war here. This was known as “The Great Peace of Montreal” and we saw an opportunity to spread the peace to the rest of the world through the bloodline hierarchy. We met with the British in Albany later that summer and presented them “two row wampum” and pledged our lands in Ontario to share equally, in peace, forever. 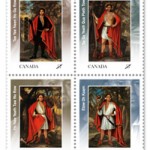 Now the world is in a state of constant warfare just like it was when we discovered the “kayanerakowa” through the “Peacemaker’s” teachings. The key to peace lies in the consensus process, backed by the knowledge that we are all equal and a part of the whole. Like in nature, the women have the responsibility for the children and the community they bring them into. This is women business and men cannot attend women’s council unless for a specific reason. Restore the natural right of the women in the world. We learned from the wolves the power of unity of mind. They became the top predator in North America by utilizing the one mind technique.

Now is the time for all of the people to start listening with ears that hear and to see with clear eyes, there is a way of peace. Let us mark this 300th year anniversary of the “Four Kings” by starting a real dialogue for disclosing the end of the war problem here on Mother Earth and the beginning of perpetual peace through kayanerakowa, the council of the great peace