It’s been a while since my last rant. Lately, I’ve been engrossed in the upcoming election south of the border. I’ll be up front. I am a “Donald” fan, if only for the reason that he is not a career politician. He has all the money he needs. I would like to believe that he truly has the best interests at heart for all of the American people of all religions, races, and cultures. 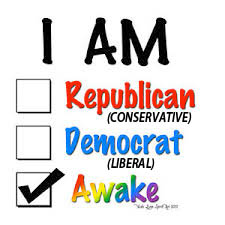 The truth is finally rearing it’s ugly head. The establishment elites are circling the wagons so to speak. They’ve realized that this outsider is not going away. It has become frightfully obvious to me at least that this is a race between the insider Hillary Clinton and the outsider Donald Trump. Many say they are embarrassed by the poor choice of the two major candidates, and let’s get this straight, this is and will be  always only a two party race. Any vote for a third party candidate is a waste.

Let’s face it, when you toss a coin, it comes down either heads or tails, ie DemoCrip, or ReBloodlicans as Jesse Ventura says. When you pick up the coin though, whether it’s heads or tails – it’s still the same coin. 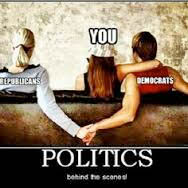 I’ve awakened, and I will not sleep as well for the rest of my life knowing what I know and that includes the futility of fixing a broken system that does not want to be fixed. How many more times will I tell some person a little factoid on the degree of corruption of pretty well every government in the world and be told ” I don’t want to hear about that conspiracy theory crap”? Well, I say throw not your pearls before the swine.

As an example, I have a friend that really thinks that Hillary Clinton should be the next president of the United States of America (POTUS). I honestly think it takes a special kind of stupid to believe this. I have done an amazing amount of reading, and tried my best to vet  both candidates. I came to a very fast conclusion that Hitlery or Killery Clinton as I state on my FB posts deserves only to be in prison. The fact that she is running for POTUS still has me shaking my head every day. She cheated Bernie out of being the Democratic nominee – that’s for sure. The only reason he caved in and “threw his support” behind Hitlery is because the Clintons/elites threatened him and his family if they didn’t. That is my opinion. My opinion is not just based on my feelings. I’ve done a lot reading, watched, many documentaries and videos to come to this conclusion. 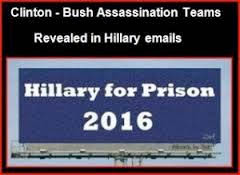 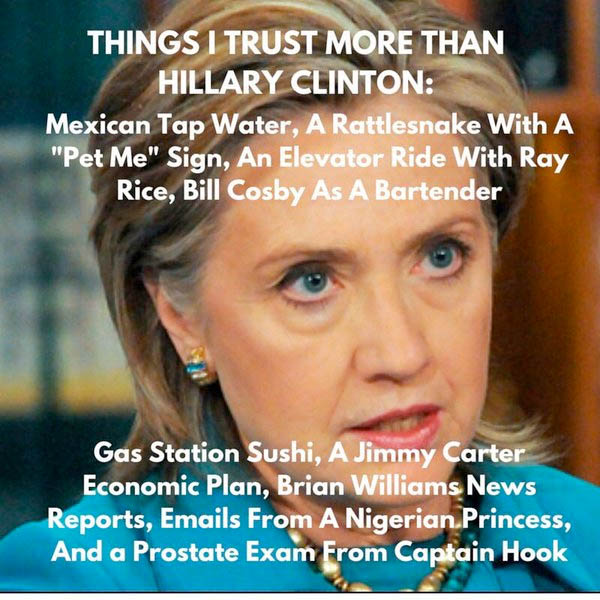 Now on the other hand, “the Donald” ain’t no saint. That is what attracts me. The old adage of insanity being defined as trying the same thing over and over again and expecting different results is so applicable in this situation. The Donald says things that are “not presidential”. Hell, I say things too often that I should not. I wear my heart on my sleeve. I let people know what I think. I also listen though. And when people tell me that Hitlery is their choice, I ask them why? I get wonderful answers like it’s time for a woman president, to which I ask – but why her? It’s like when it was time for a black president two terms ago. But why him? How’d that work out for ya Amerika? 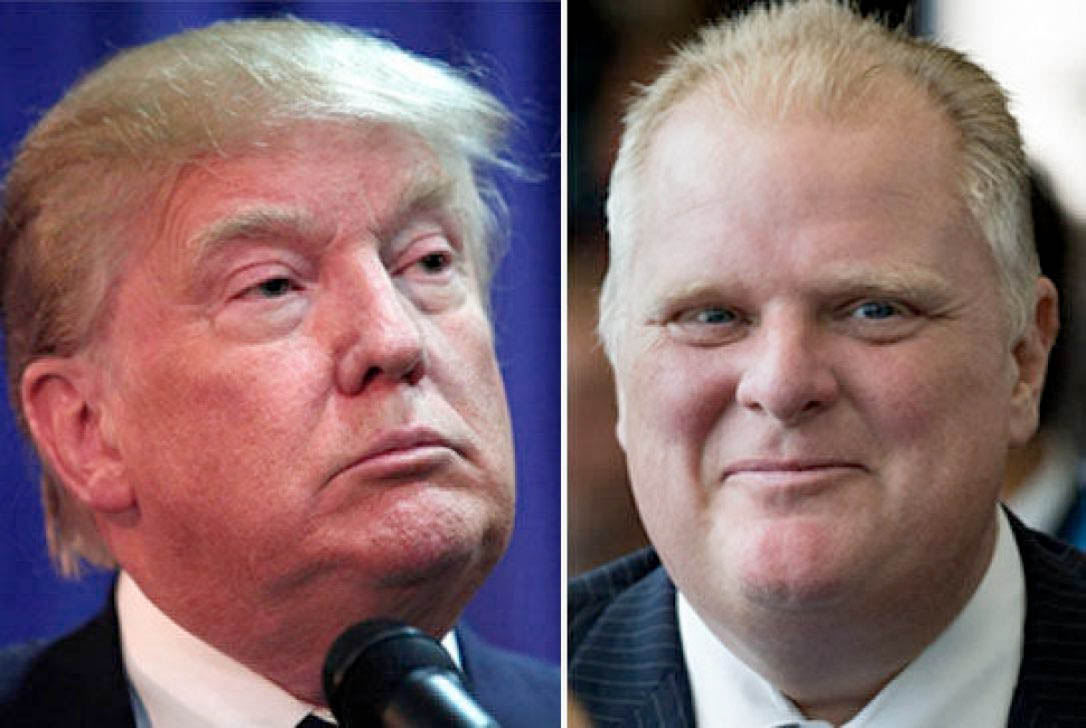 I mention Mayor Ford because he also was a change to the old order. Trump reminds me a little of  Mayor Ford of Toronto with different and somewhat less critical baggage. I think Ford was a great mayor and achieved a lot in his brief tenure as mayor despite his shortcomings. Unfortunately he was his own worst enemy – well besides the Toronto Star. Again the media was always hard at work trying to destroy him and unfortunately in the end it took it’s toll and they did win. I think The Star was somewhat responsible for the stress that eventually claimed him with his early death due to cancer.

The Donald  can also seem to be a bit of a buffoon at times as well. That’s what happens when you don’t read every word you say from a teleprompter. But…, he is growing and blooming into a great orator over the last year and a half though. I’ve been to both candidate’s web sites. I do not agree with many of Hillary’s policies, except those that align with Trumps policies. It’s the borders, immigration, jobs, the economy, putting America first that drive me towards supporting a new fresh face on the political scene. The fact that he is not a career politician, and is not bought and paid for like Hillary is excites me. Could there be an honest president that will fight for a better and fairer society. Folks, it might just be a pipe dream, but I’m hoping if he is elected that he will at least attempt to fulfill his promises before the banksters assassinate him. My prayers are in his support to that end.

What I have come to realize with this last last fiasco of Billy Bush releasing a personal conversation is that it is the elites versus the people, the insider 1% versus the 99% rest of us. The media has been instructed to hound and destroy his reputation. The Republican Bush family is even backing Hillary. (Remember the the coin analogy at the beginning of the article). The fact that locker room TALK outweighs criminal ACTIONS by Hillery should really cause some consternation, confusion, even some anger. The fact that locker room talk is more important than real issues is befuddling. It now comes out that polls are being fraudulently manipulated and that paid for by the Clinton campaign to boot does not surprise me. Trump talks about voter fraud and that the election might be stolen. CNN comes up with insults on how he could possibly believe this. It’s been happening throughout history. In the USA you don’t have to show ID. They are not even allowed to ask for it. In New York, they bus people around to various polling stations to vote multiple times. Hey, dead people even come to vote! No fraud here right? 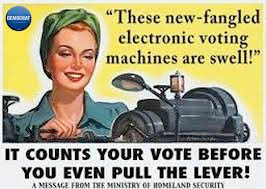 If Hillery wins, I truly it will be due to voter fraud. The elites do not want Trump to win, especially now that he mentioned a special prosecutor to look further into indicting Hillary. The traitorous house speaker Paul Ryan and many others on Capital Hill have bailed on the Donald. You know the reason that I think this is happening is because of the many indictments that will follow Hillary’s indictment. I believe, and so do many others that 100’s more will be implicated! Let’s face facts. Washington is a cesspool of thieves, vipers, and low lifes. How is it that the Clintons made over 250 million dollars while Hillary was Secretary of State and earning around $200,00 in salary? Huh, please – tell me…

I could go on, but I’ll leave that for another rant. Before I go though I’d like to leave you with another musical interlude that will tickle and provoke some people’s thoughts. 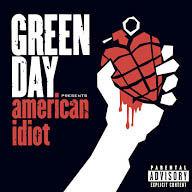 Don’t wanna be an American idiot.
Don’t want a nation under the new mania
And can you hear the sound of hysteria?
The subliminal mind fuck America.

Well maybe I’m the faggot America.
I’m not a part of a redneck agenda.
Now everybody do the propaganda.
And sing along to the age of paranoia.

Don’t want to be an American idiot.
One nation controlled by the media.
Information age of hysteria.
It’s calling out to idiot America.