I was listening to a podcast earlier this week, and I was hit by an enormous epiphany. It hit me like a brick, and I asked myself how many people out there truly have any understanding of it. I have to give credit to Marco Sabo President of the Italian Institute of Superior Studies on Economic & Monetary Sovereignty,   You have to listen to the SGTreport interview with Marco!

Marco starts off with the accusation that Americans suffer from Stockholm Syndrome. Not far off the mark as it turns out. The people have fallen in love with their slavers. Marco asks, “How can a bank that is allowed to create money out of thin air ever be insolvent?” The secret of how money is created needs to be revealed to all of the people on earth. The power of money creation has made the banksters more powerful than any nation, in fact the international banksters which comprise the IMF, BIS and central banks like the Federal Reserve are the shadow government which control nation sates all over the globe.

How can a business that makes assets appear out of thin air, and without an backing truly lose money?. Any money they collect becomes infinite profitability! Even worse,  we have to take into consideration that in today’s market in excess of 20% of all loans go into default. That means they not only have made money from the money they did collect, but the banksters also profit from the seized assets from that default. Any money they collect is actually a windfall. The cost never appears on their books. To calculate their profit margin, simply divide the loan amount repaid, (whether only partially paid or in it’s entirety) by the cost to the banks – which is “zero” , multiply by 100 and you get the profit margin. As we know from our high school math, anything divided by zero is infinite.

It is the hugest of scams, and it’s right in front of our eyes, as plain as day for anyone to see… but we don’t. It scares me that with all my research I never thought of it in it’s simplicity of execution. I realized a long time ago that we were being conned when I understood the structure of the banking system. You see, banks are owned by shareholders, and the banks fiduciary responsibility belongs to those shareholders. The bankster’s legal obligation is to make money for the shareholders! They make that from – guess who? You and I! The depositors are their victims.

So next time you walk into the bank, and that friendly young lady or man asks you some financial lead-in question and offers to help you, realize that by help, they mean help the bank to your money. When a banker tells you to buy something, that means they have something they would like to sell or unload on you. When they tell you to sell something, it usually means they or their cronies want to buy it. Please never mention precious metals  (PM’s) like gold a silver to a banker. They may go into conniptions. After all PM’s are non interest bearing and are a bad investment. Forget the fact , that the wealthiest people all hold onto their gold and silver for generations and generations (…and they get richer and richer). The Indian people have gone through this same situation many times, and revere the shiny metals above all else for investment purposes.

Listen to their wording. You’ll hear terms like a “balanced portfolio”. Balanced you think, might mean a balance between high risk, high profit and blue chip conservative investments. Nooooo… it means you won’t lose much and you won’t make much – balanced. I don’t know about you, but I’d like investments that make me the most money with reasonable risk.

Right now, with what I know of the world economy, the stock markets and traditional investment portfolios are at total risk. Cash, liquid assets, gold, silver, or if you are in business, business inventory are way more secure than even cash in the bank. Just ask some Cypriats or Austrians and ask them how things have worked out for them after the bank stole up to 80% of their assets in an attempt to remain solvent. Of course the come the management fees  thus ensuring that the banksters make most of the profit. Canadians by the way, suffer from  the highest banking fees in the world!

In essence, when you give your financial nest egg into the hands of the banksters, you are indeed giving your chicken coop to the foxes to watch over.

The banksters are gambling with free money, and the people left holding the bag once the giant ponzie scheme comes crashing down is YOU! On March 21st, 2013, Prime Minister Stephen Harper had his Finance Minister Jim Flaherty present their 2013 Budget that included a “Bail-In Regime” on page 145. The clause will allow banks to convert liabilities into capital in times of need. Essentially they are saying they will do the same thing that was done in Cyprus in 2012. 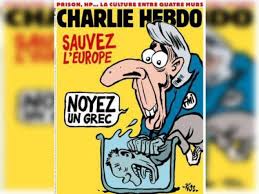 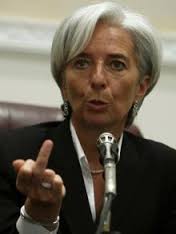 Christene Lagarde, criminal head of the IMF  said back then that this would be the plan for ALL IMF club banks going forward. Sure enough, it happened just last week in smaller bank in Austria and all the depositors lost almost everything, taken by the bank to bail out their own gambling debts. A test run no doubt for the larger collapse of the insolvent DeutscheBank which has been on  “death watch” for months now. Boy would I like to see the financial juggling going on in the sleazy bankster backrooms to keep that sinking ship afloat!

It gets worse. Late in 2014, at the G20 that took place in Australia, the über gangsters declared that our bank depositors (world wide) are no longer secured  creditors, and redefined  the legal status of “bank deposits”. The CDIC (Canadian Deposit Insurance Corporation) and USA based FDIC do not have the funds to cover more than 0.1% of “eligible” bank deposits. Of course, many of my acquaintances will call me crazy, but it’s all there in plain English for those that care to research  and read it.

Don’t believe a word I say. Take it for checking yourself.

In keeping with a musical link, I present to you a great “All Along The Watchtower”
(originally by Bob Dylan) performed by Jimi Hendrix (this one’s for Dougie…)

There must be some way out of here
Said the joker to the thief
There’s too much confusion
I can’t get no relief
Businessmen, they drink my wine
Plowmen dig my earth
None will level on the line
Nobody any of it is worthNo reason to get excited
The thief, he kindly spoke
There are many here among us
Who feel that life is but a joke
But you and I, we’ve been through that
And this is not our fate
So let us not talk falsely now
The hour is getting late

All along the watchtower
Princes kept the view
While all the women came and went
Barefoot servants, too
Outside in the distance
A wildcat did growl
Two riders were approaching
And the wind began to howl