June 7, 2010. When the fraudulent “Truth and Reconciliation Commission” start their whitewash campaign in Winnipeg this summer, remember when seeking truth you must identify the first lie. An historic voyage took place 300 years ago this month when a contingent of “Iroquois” chiefs visited Queen Anne in London. They were there to discuss the progress of the “Gushwenta” operating in Canada since the “Great Peace of Montreal” 1701. The truth starts with the creation of Canada as a unique place where many different peoples shall be bound together through “two row” under the “Council of the Great Peace”. All of the participants except France were native to Turtle Island and agreed to share their lands in perpetual peace with the people across the oceans. This was our first attempt at the one world concept through peace. 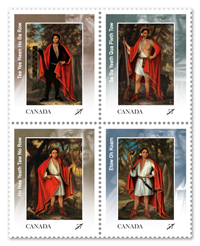 One of the lessons we learned was that Europeans relied on the written word and it is how they would be judged, by their own words. The next lie was the division of U.S. and Canada under the guise of the American Revolution. The colonists never did become free of the oligarchy on either side of the imaginary border. The bloodline has remained firmly in control of both corporate states since inception, by design. From their Secret Covenant; “So grand will the illusion of freedom be, they will not even know they are our slaves” Secret Covenant

The next lie was Duncan Campbell Scott’s 100 year plan to get rid of the Indian problem (Peace) with the Indian Advancement Act 1924. All versions of the Indian Act today are based on this illegal piece of legislation. This plan created the reservations, child boarding schools, blood-quantum legislation (apartheid) and mass murder of our children. This is the truth.

Here in Kanekota they have left their written words so that we may judge them upon their own words, right now. On the last day of parliament in the Ontario legislature this year, Gilles Bisson of the NDP stood up and recognized our property rights in a long standing dispute with the Toronto District School Board.  Here is a copy of his statement regarding the disputed property;

Mr. Gilles Bisson: Members of the assembly would know that there’s been

in regard to the Haldimand proclamation.   This is an issue that the

government can find a solution for fairly simply. The Toronto District

law to prevent them from using land that was given to them, being the

Mohawk people, through the Haldimand Proclamation. The government, to

fix this, quite simply can do what the Toronto District School Board is

asking and, that is, to purchase the land so that the province gets

land to the Mohawk people.

It seems to me that, if a deal was made some over 100 years ago with the

Mohawk people in order to grant that land to them, that certainly we can

doesn’t need to escalate, but the key is that the provincial government

would have to sit down with the Toronto District School Board, and the

Toronto District School Board, as I understand it, is prepared to sell

do that, to enter into negotiations with the Toronto District School

Board, and once the land title has been reverted to the crown, that we

We wonder when they will honour their own words as they have never done that  yet. The rest of the people in the world are judging Canada right now as the globalists gather in Canada, so does the media. We did get a threatening letter from TDSB’s lawyer telling us to not enter the property or we would be liable for trespassing. I responded to them with the “royal proclamation” and the MNR

survey and pointed out that admiralty court has no jurisdiction when a royal proclamation is involved. I ordered them to not trespass on the property. In the meantime we lose another year of crops for sustainability because of their delay during planting season. This is the truth and how can you reconcile that?

In kindergarten we learned that everything based on a lie, is a lie. No matter how many pretty lies you use to cover it up, it is still a lie. So let us start with the truth about the lies so we can reconcile the situation. We all want and deserve the truth but can the pyramidal control group handle the truth?

The peace starts in your own mind. If all of us imagine we are at peace, it will affect the conscious field. Let us put our minds together on that.