Today marks the 94th year since the Colonial Government in Canada created the Indian Reservations. It was the greatest land theft in modern history so it is important to remember the mindset of the perpetrator Duncan Campbell Scott. In 1923 the League of Nations was convening in Geneva Switzerland, to add nations and the colonies were not allowed to join but a Cayuga Chief Deskaheh

from the Grand River territory made the trip to Geneva and stayed there until 1925 to petition the Iroquois for admission into the League and to bring the Peace to the world. Levi General

The Minister of Indian Affairs was the most powerful position in the Colonial Canadian Government and Duncan Campbell Scott was outraged at Deskaheh and the allied nations to Kayanerakowa across Canada. He created the Indian Advancement Act which is a 100 year Business Plan to be rid of the Indian Problem forever. The first part was the reservations and each of the provinces went along with this illegal Act because they were now in control of the resource extraction Ontario Indian Lands Act. Here in Khenteke all of our farms in Prince Edward County were expropriated and the Mohawk people were rounded up and shipped into the 18,000 fenced in Acres called Tyendinaga Indian Reservation. The traditional council was removed at gunpoint by the RCMP and the current band council system was forced upon the people. The Original territory was into deep water on the south and to where the rivers began in the north. 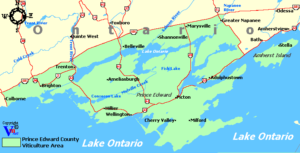 Our children were immediately put into residential schools and no Mohawk could leave the reservation without talking to the Indian Agent at the gate. The department of Indian Affairs was set up as a division of the army to manage the occupied territories and “indians”. The Indian Affairs building in Hull is run by the army to this day. The next stage was to implement “blood quantum” legislation and have the government control who is or is not and “indian” . This is akin to Apartheid and besides “indians” only dogs and horses have this designation. Our Clan system was injured at this time and our families were scattered to the wind as part of the plan to break the Clans.

We the people are all affected by this shameful Act of a Colonial Minister who was petulant and having a frenzy when he penned it. We the People can and will overturn this illegal colonial Act that Canada uses to claim its sovereignty over all the people living here.

We are still here…