Mar. 8, 2016. Who are we? Where did we come from? What are we here for? The truth has a way of always coming out in the end. When the Kirill met the pope for the first time since the split in 910 AD it was because we are coming to the end times, then he travelled to Antartica with an end-time weapon left at Mecca with the prophet Muhammad, dubbed “Arc of Gabriel”.

Admiral Byrd taught us much about Antartica after his visit there in 1947 known as “Operation Highjump” in his diary released after his death, is the story where he was taken into the south pole opening and shown the inner realm of the earth. The leader told Byrd that they had invented all of the religions and held all of the secrets of all past civilizations safely in the hollow earth. This is also the first time “flying saucers” were ever seen. Byrd was effectively shut up about his discoveries but he opened a can of truth for us. operation highjump

To better understand about hollow earth theory it is necessary to look at the legend of Atlantis. It was said that at the height of their power their priesthood split into 2 factions  Shambala and Agartha. It was not much longer that they experienced their catastrophe and the Agarthans retreated into the inner earth while the Shambalans stayed on the surface world. If we look at our solar system we see that the planet between Jupiter and Mars has been destroyed and is now called “the asteroid belt” the Sumerian cuneiform clearly show this planet with the name “Tiamat” this was the place were Atlantis reached its pinnacle.

Their destruction was caused because they had strayed from the teachings of oneness and peace and were the only evil left in our system. Our Binary Twin appears every 3700 years here on earth as a 2nd sun in the sky and this is the place where we originate. We know of this place as the “Skyworld” and on one of its passings’ they destroyed the planet called Tiamat. On the next cycle the people on the skyworld noticed that a part of Tiamat had settled into the planet we now call Earth and that the evil ones had survived the destruction so they placed the moon as guard house and the Van-Allan radiation belts as the electric fence to keep the evil contained here on Earth.

This is when all creation stories start in the time-line and the Mayan pyramids tell us that this will be the fifth time the skyworld (Quetzcoatl) returns since man has been here. That is only 18, 500 years ago. 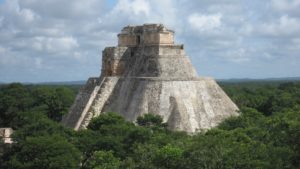 So we have been doing this same cycle for 5 times. Essentially we humans were put here to teach these out-of-tune beings how to tune in to the harmony of the universe. The last passing of the skyworld was the time of Exodus in the Hebrew bible and it is coming on us again now. The world system of control that is upon us now is definitely not in tune,  therefore unsustainable. The “Elite” dream of escaping this planet to colonize other planets so they may be able to continue their illusion as “God” but this planet has been a schoolhouse to teach them about empathy, love, oneness and harmony. Will they finally get it this time?

In our teachings we are told this is the time they will finally get it and we will have peace and righteousness on earth. Kayanerakowa means “the council of the Great Peace” and it is the formula to live in harmony on Mother Earth.

Essentially we all start as spirit beings and pick our parents to have a human experience before returning to the spirit world. This truth is the key to our evolution as a species. To live a good life on this Earth we must look at her as our mother and all her creation as our siblings, then we can feel the connection back to spirit.

Give thanks to your mother every morning when you wake up; we call this Ohenten Kariwatekwen which means “words before all else” Respect all living things as your brothers and sisters. The most powerful of all the medicine is “Konoronkwa” which is pure love.

When we join our minds as one we become very strong and this is the key to the peace and why I always say Unity, Strength, Peace.